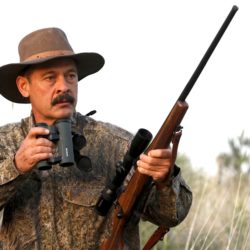 As a new hunter it’s a challenge deciding which of the many, confusing cartridges and calibers to buy. It’s even more confusing when we’re asked to choose ammunition.

It’s not just brands, but bullet types, weights and shapes. Is all this really necessary? Does it really matter if we choose a 150-grain bullet over a 165-grain or 180-grain? A boat tail over a flat base? A Core-Lokt over a Ballistic Silvertip? 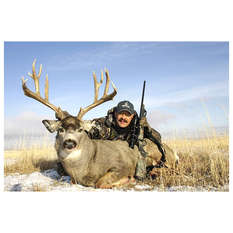 The truth is, most bullet weights, shapes and types will terminate whitetails, mule deer, feral hogs, black bears, and coyotes if parked in the right place. But little details such as weight and shape can influence how easily and effectively you can park them. Materials and construction can change how efficiently they take down game.

Which Bullet Is Best?
So, in the real world how do you determine which bullet is best? Choose long, narrow, sharply tipped bullets with boat tails to maximize velocity and downrange energy, but don’t sacrifice accuracy to get it. The differences in performance between a flat-based spire point and a boat tail, Very Low Drag (extremely long, pointed nose) bullet of the same caliber/weight don’t amount to an inch or two at 300 or 400 yards. Bullets come in many weights and lengths in any given caliber. The longer and heavier they are, the more ballistically efficient they are.

For more penetration on bigger game (elk, giant boars caked in mud) use a tougher, controlled-expansion bullet that’s all copper or copper/lead with a thicker jacket, bonded lead core or mechanically locked core. For greater expansion on smaller, thinner skinned game (whitetails, mule deer, antelope) a thinner jacket swaged around a soft lead core can provide more tissue destruction and adequate penetration. These are ideal for “behind the shoulder broadside” shots. But, if you like to “shoot through” to enhance potential for blood trailing, go with tougher, deeper penetrating bullets. If you anticipate shooting through shoulders or any major bones/muscle groups, use the tougher bullets. Soft bullets can stop or come apart without reaching the vitals.

For impact velocities at or above around 2,800 fps (magnum cartridges) use a controlled expansion bullet.

While bullet choice is important, placement trumps it. Better to hit game in the heart or spine with the “wrong” bullet than in the paunch with the “right” bullet. Practice. A lot. It makes no sense to save $200 on practice ammo and waste a week of hunting, that one chance at the big buck and the cost of your tag by missing.

Ron Spomer has been photographing and writing about the outdoors for nearly four decades. He’s written seven books, hunted on six continents and been published in more than 120 magazines. He’s currently rifles’ editor at “Sporting Classics,” Travel columnist at “Sports Afield,” Field Editor at “American Hunter” and “Guns & Ammo” — Optics Columnist at “North American Hunter,” Contributing Editor at “Successful Hunter,” Senior Writer at “Gun Hunter,” and TV host of “Winchester World of Whitetail.” He will write on Shooting Tips weekly for sportsmansguide.com. You can read his blogs and catch some of his YouTube videos at www.Ronspomeroutdoors.com.