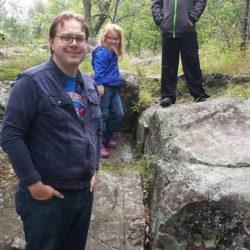 “I heartily enjoy this life, with its perfect freedom, for I am very fond of hunting, and there are few sensations I prefer to that of galloping over these rolling limitless prairies, with rifle in hand, or winding my way among the barren, fantastic and grimly picturesque deserts of the so-called Bad Lands…”

As we continue celebrating National Park Week, one name comes up again and again: Theodore Roosevelt.

Did he open the first National Park? No. Yellowstone, our nation’s oldest park, was actually signed into being in 1872, by  Ulysses S. Grant.

So what exactly did Theodore Roosevelt do?

A Commitment to Conservation

Theodore Roosevelt was absolutely dedicated to conservation, more than any other president before or after his time in office. As a life-long adventurer, sportsman, hunter, and taxidermist Roosevelt had witnessed first hand the dwindling populations of bison, elk, bighorn sheep, deer and birds throughout the country.  He was a prodigious writer, and all of his tales carried a sense of loss over declining availability of wild game.

Under Roosevelt’s constant lobbying, legislation for 5 National Parks were passed. But beyond the National Parks, Roosevelt used a newly created executive tool called the Antiquities Act of 1906. Originally created to help protect Native American cultural sites across the Southwest, the act gave Congress and/or the President the ability to set aside “historic landmarks, historic and prehistoric structures, and other objects of historic or scientific interest.”

With the Antiquities Act in his arsenal, Roosevelt proclaimed 18 National Monuments, some of the more famous being Devil’s Tower and the Grand Canyon.

When the National Park Service was finally signed into existence in 1916, it had 35 sites to manage. And 23 of those sites were established with help from Theodore Roosevelt. In total, Roosevelt helped protect a staggering 230 million acres of land.

Theodore Roosevelt didn’t shy away from publicity, both during his time in office and outside of it…so he’d probably be pretty happy to know there’s 6 different national sites honoring his life. If you want to see them all in one vacation, be prepared for a long drive!

It may come as a surprise that such a great voice of conservation grew up in New York City. Today, modern Manhattan is home to an amazing recreation of the adolescent Roosevelt’s brownstone residence until he was 14. The residence is packed with authentic books and taxidery taken from Roosevelt’s own collections. While currently closed, the site plans to reopen late summer of 2016.

Some of Roosevelt’s most formative wilderness experiences were had hunting bison in the Dakota Territory. And after the death of his first wife, Roosevelt retreated back to the Dakotas to spend time ranching and becoming reacquainted with wide open spaces. If you want to see the same grand vistas as Roosevelt did, look no further than the 70,448 acres of this rugged, inspirational park.

Theodore Roosevelt traveled far and wide every chance he got. But when he came home…he came to Sagamore Hill. Inside the mansion you’ll find immense collections of books, art, period decor and of course more incredible taxidermy representing animals hunted by the famed outdoorsman from all over the world.

Theodore Roosevelt’s first term of office came due to the shocking assassination of President McKinley. News of McKinley’s worsening health was delivered by ranger to then-Vice-President Roosevelt while he was climbing in the Adinrondacks. He rushed to Buffalo, NY to the home of Ansley Wilcox where he was inaugurated in an emergency meeting of 50 dignitaries by Federal Judge John R. Hazel.

Finally, right in Washington, D.C. exists a secluded island only reachable by footbridge from Virginia. Filled with swampy trails, the foundations of a deserted mansion, stories of secret demolitions experiments, and of course a mighty statue of Theodore Roosevelt and plaques with his many sayings. If you are seeing the National’s capital and feeling overcome by the sound and noise, this simple island dedicated to our 26th President might be just the ticket.

Once you start exploring what the National Park System has to offer, you’ll be amazed by the many secret locations of natural and historic beauty lurking right under your nose. Good luck and have fun!